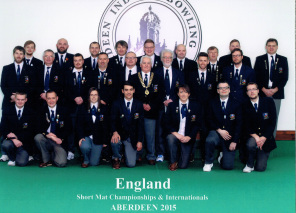 England Team Manager Stephen McAlister has selected players, (including the 9 of the 2020 National Champions) to represent England in the Premier and A Teams.